We could sit here and give you a million reasons why arming your rig for war is essential. For instance, let’s think about the sound that blasts our ears when the underbelly of our buggy scrapes against rocks. It’s enough to send you into a panic attack, knowing all the vital components that just got introduced to Mr. Boulder. You want to talk about one heck of an expensive fix. Hence, the need for Seizmik Skid Plates for select Polaris models. 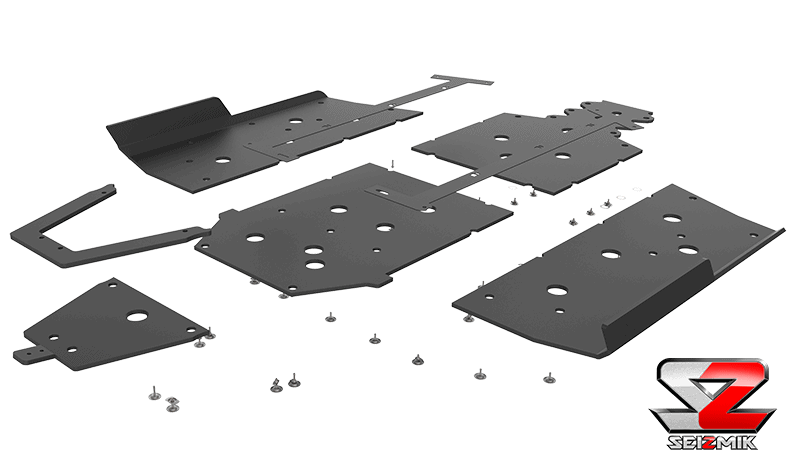 Seizmik broke the mold with their development on new and improved UTV skid plates. These units are a whopping half-inch thick, formed from UHMW. Now, if you don’t know what UHMW is, it can be classified as one of the most durable plastics on the planet. In fact, it’s impact-resistance proves that there is not much of anything that could puncture or even bend the material. This stuff is tank tough, ideal for keeping your mechanical parts intact and safe from a mishap. 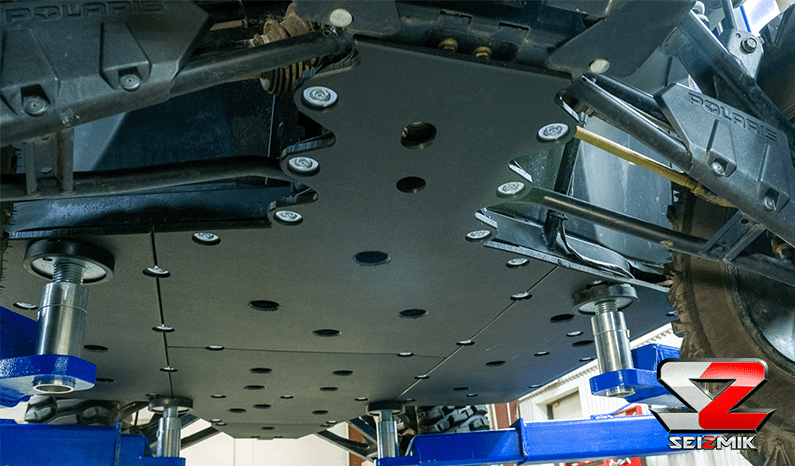 In addition, the side-by-side skid plates offer full, absolute coverage to the driveline, engine, differential, you name it. They span from front to back and side to side, leaving nothing in harm’s way so you can ride how you wanna. Who doesn’t love the idea of ripping and shredding with no inhibitions? 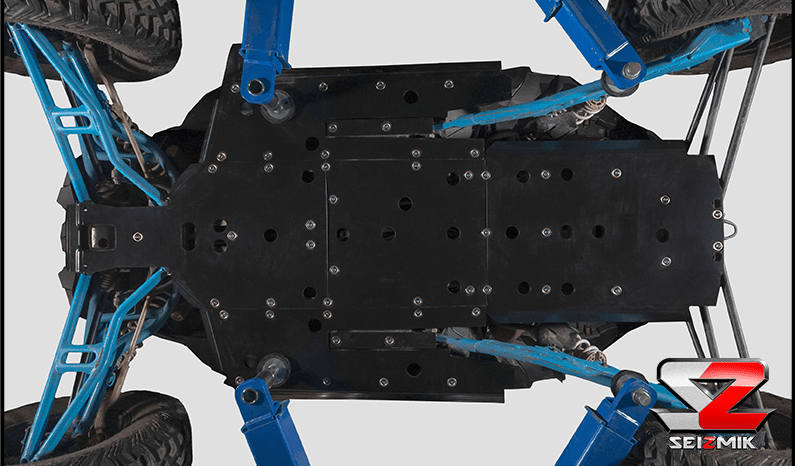 Another fantastic feature is the built-in drain holes. There is nothing worse than having to completely uninstall a set of SxS skid plates because of maintenance or cleaning. These holes allow riders to hose off their muddied-up car or service fluids without undergoing a complete removal. We like to call that a win-win around here. 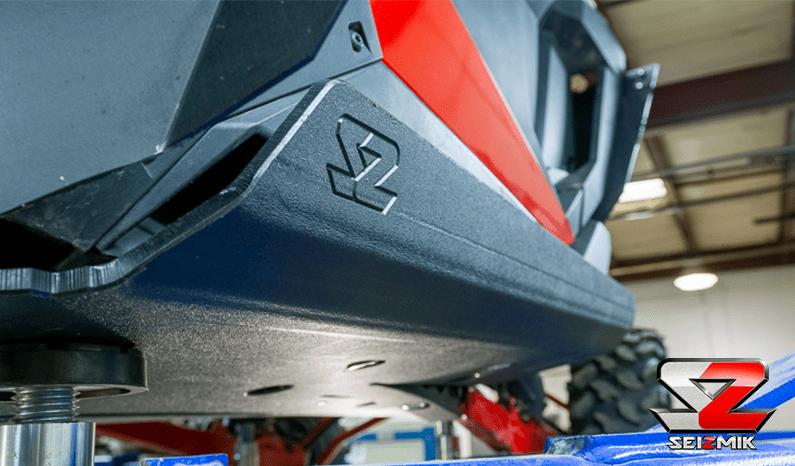 If that wasn’t enough, Seizmik forms the Polaris skids with integrated tree kickers or rock sliders, depending on what ride style floats your boat. In any case, you’ll get coverage to the chassis and undercarriage parts without the massive hassle often associated with aftermarket UTV skids.

We don’t know about you, but we give Seizmik a massive two thumbs up for coming out with a set of skids that have the moxie to allow us to send it, even when we shouldn’t. So who’s ready to get their purchase on?

The STUFF Skids and Guards Main Event: Aluminum vs. UHMW

[…] the flip side, UHMW offroad skids or guards are not repairable. If, for whatever reason, you manage to break the unbreakable, the entire […]