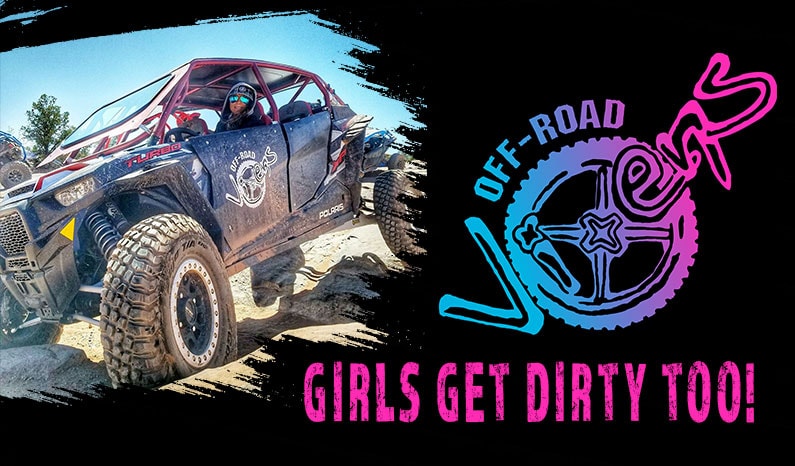 Sugar and spice and everything nice? Um… no. Let’s try this again. Muddy and Dirty and full of badassery? That’s more like it! This sums up the Motor and Powersports lady enthusiast to a tee. Side By Side Stuff is all about girl power which is why you’ll find the tomboy-meets-attitude vibes of Off-Road Vixens Clothing Co. in our cache of ride apparel. So, who are these adrenaline-charged gals, and what does Off-Road Vixen stand for? Let’s dig in! 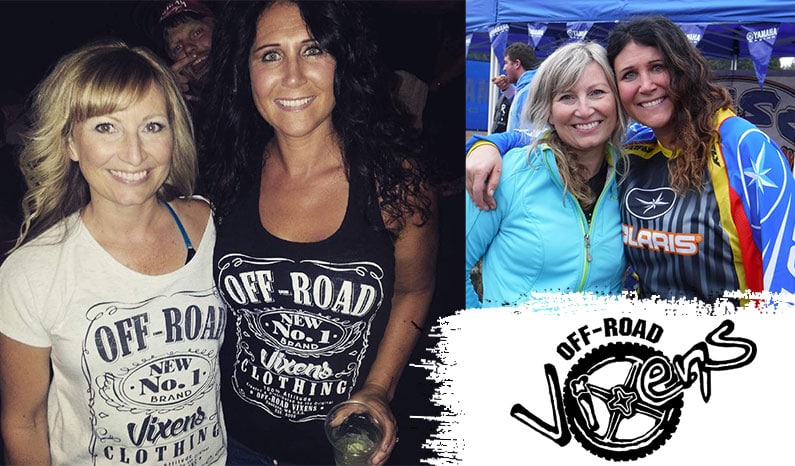 Once upon a time, there were two dirt baddies, Carey and Shari, who joined at the hip because of their passion for adventure. Both total tomboys spent their weekends shredding treads and camping. Once the fun was over, it was back to the grind. But that just wasn’t enough for them. Both were over it. By it, we mean going back to the corporate world. In 2008 Off-Road Vixens Clothing Co. became a thing. The burning question… Why clothing? 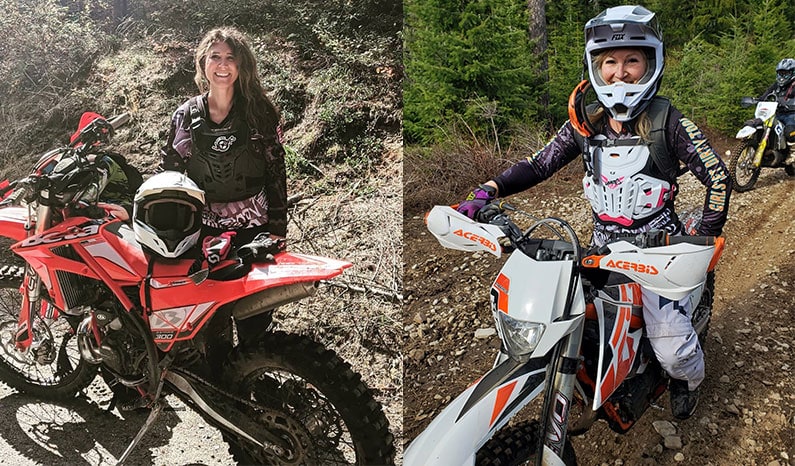 Shari Bisquera and Carey Kiehn, the co-founders of ORV, carried their passion for adventure into their closets. Here you’d discover Fox Racing duds because there really wasn’t much else to meet style demands, especially for female riders. Plus, they were the coolest of the cool back when. Instead of continuing to wear boyish digs, these two dirt bike enthusiasts realized a little something was missing from the industry, “our type of girl” clothing and gear. 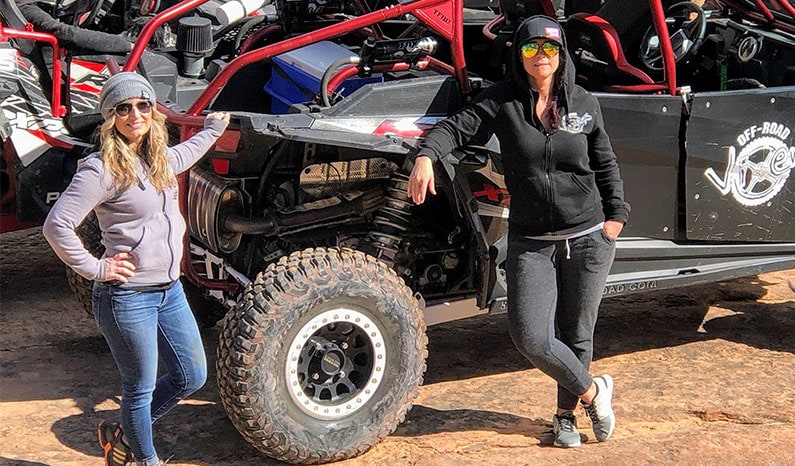 The dream of developing a badass woman’s offroad clothing company quickly became a reality. Not only did these threads define who Carey and Shari were, but they also brought white-knuckling adventurists of female form out of the woodworks. The edgy and fun design elements are worn by bold girls and women all over the country who follow the road less traveled. They meant for their brand to inspire strength and courage to voyage out into the world of extreme sports and outdoor venturing. Thus, the slogan “Girls Get Dirty Too!” 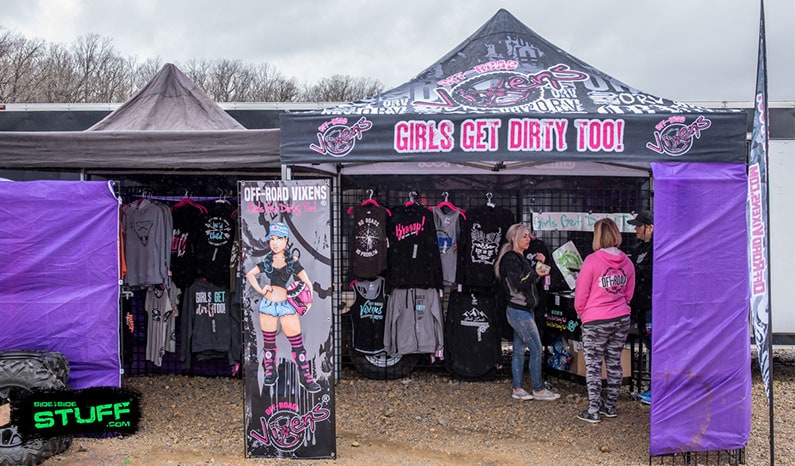 Who knew that a catchy slogan paired with a passion for the ride would lead to one of the most widely known women’s ride apparel brands in the industry? ORV now has around 70 active dealers and independent distributors throughout the United States and Canada. Between brand ambassadors, sponsored athletes, a presence at national and small-town events, the women’s ride-inspired clothes have staked their claim in the otherwise male-dominated industry. 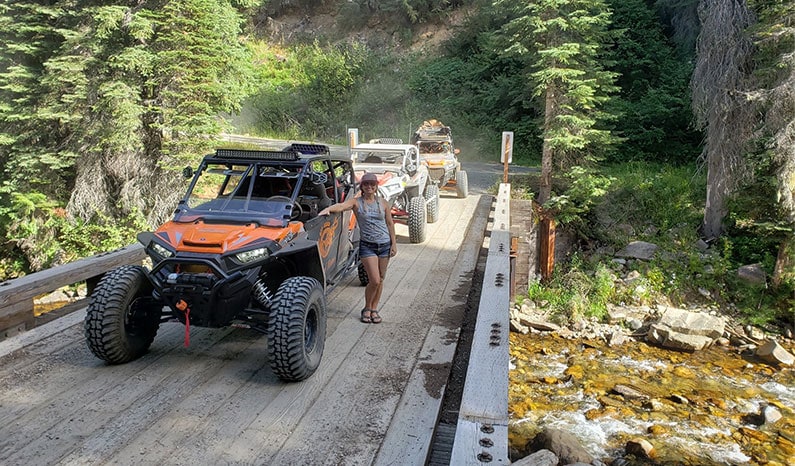 They are not just some girls playing in a boy’s world. They get their hands dirty too. Shari and Carey state, “We literally beat the street for years to get where we are now, and it feels so good to be respected by our peers across all industries.” These ladies do it all, design, sales, processing, running a warehouse and storefront. They even do the heavy, heavy labor, including hauling their 35-foot trailer full of fun across the country. With the help of their party of five extraordinary lady workforce, Shari and Carey have inspired 100’s and 100’s of women of all ages to have the courage to be bold and beautiful while going throttle down. Because… “Girls Get Dirty Too!”

Hi Ladies,
I love my girls get dirty too Tank top and sticker. My sticker is located on my SXS
hood and gets lots of comments. Also sled vixens sticker on my sled. Thank You ladies.

O wow Man I Love to ride my Side by Side Keep On Rocking In The Free World My Friends, ✌️🇺🇸✌️🇺🇸✌️🇺🇸

Isn’t it the best adventure ever!