We met with UTV enthusiast Dave Kost at the 2018 High Lifter Mud Nationals to get the details on his latest UTV build, his 2018 Polaris General “Bigfoot”.

Dave was interested in building something that everyone would remember, he felt strongly that themed builds are much more memorable than most. Unsure of just what his theme would be, Dave reminisced of one memory that held a special place in his heart; the famous Bigfoot monster truck. 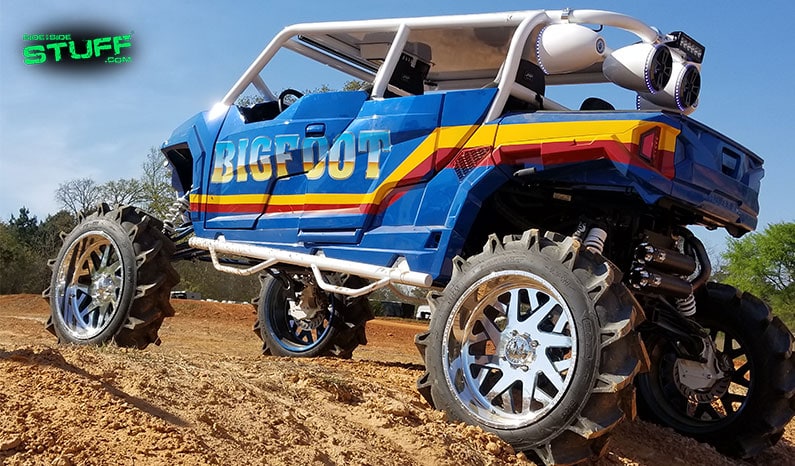 Once certain he wanted to do the Bigfoot theme, he shared the idea with Kaleb Kramer at Rogue Off-Road. Kaleb was excited about the idea and wanted to be a part of the project so he and his team began working on it right away. Dave also reached out to Bob Chandler and BIGFOOT 4X4, INC for permission to do the themed build, once approved they were good to go. 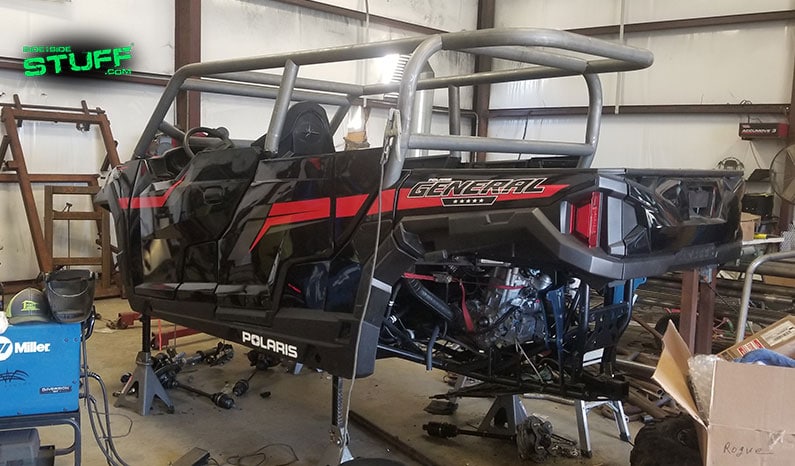 Not interested in building a trailer queen, they knew they were going to have to make the General strong. They reached out to Tuner Cycles for some advice; Tuner built them an 8″ lift kit and supplied heavy duty axles. They also added a ladder bar kit for additional strength to the frame. Just to be different, Rogue Off-Road fabricated the cage and side steps using 2.5″ tube. Not only did it give the build a unique look, it added additional strength over your typical 1.75″ cage. 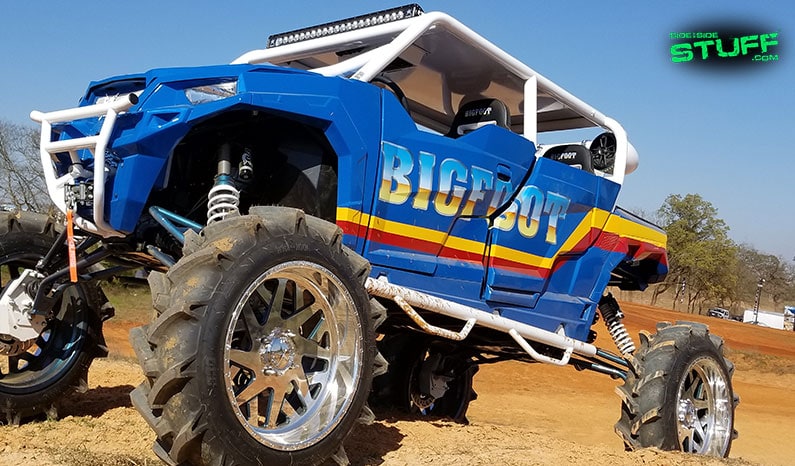 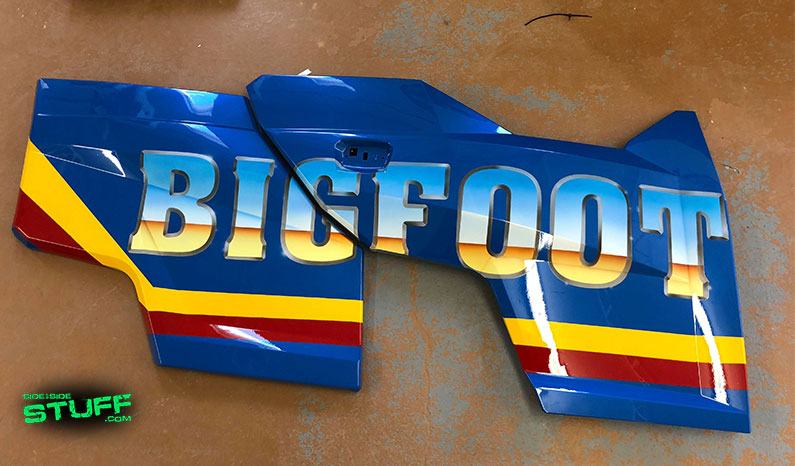 Dave reached out to Witts Elite Graphics for custom graphics, after some advice Dave agreed to let them air brush it instead giving it a nice smooth, clean look. For supreme comfort, Dave went with custom seats from PRP Seats. PRP did a great job matching the build; they even nailed it when it came to embroidering the Bigfoot logo on the headrest. 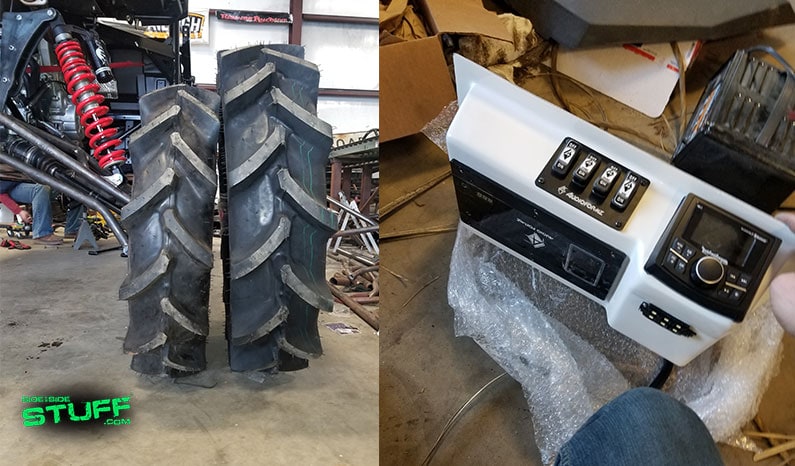 Last but not least, every build needs a killer stereo; for a great sound Dave went with an AudioFormz stereo system and for lighting he went with Rigid and Millar FX Whips. 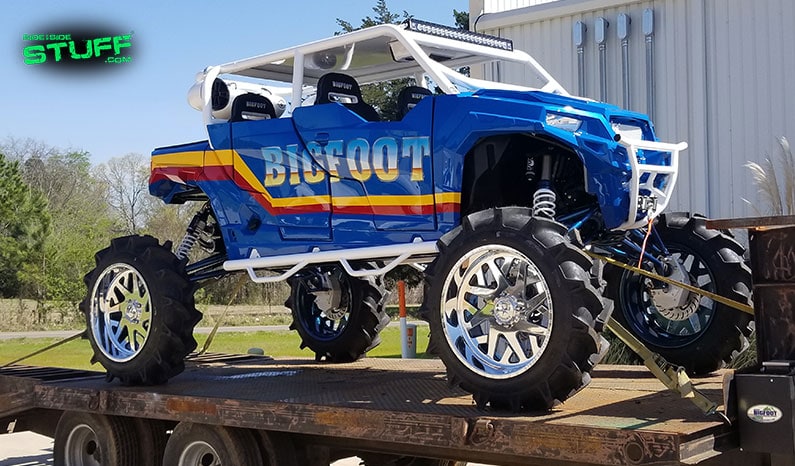 Dave’s Bigfoot Polaris General has definitely been one of our favorite builds to report on, we think Dave and Rogue Off-Road did a hell of a job on this really cool and unique build. Take a look at the specs and photo gallery below.

Whether you have a Polaris General, Polaris RZR, Can-Am Maverick, Yamaha YXZ 1000R or Textron Wildcat, Side By Side Stuff offers a large selction of UTV accessories so you can customize your own build. Shop today, just visit SideBySideStuff.com