RCV Performance Products – The Strongest Axles on the Planet

Whether you’re muddin’, rock crawling or racing, your UTV was designed to take some punishment. Although it’s fun to ride hard, it can be hard on your stock axles. If you’ve upgraded your engine’s performance, added a lift kit, larger tires or just ride the hell out of your machine you’re putting your stock axles under pressure and at some point there’s a good chance your stock axles could bend, bind or even break. We’ve been there, that’s why we set out to find aftermarket UTV axles that are reliable and much stronger than OEM axles. If you want an axle that delivers outstanding performance under stress, check out the RCV Pro Series 2 Axle for the Polaris RZR XP 1000 and RZR XP Turbo. 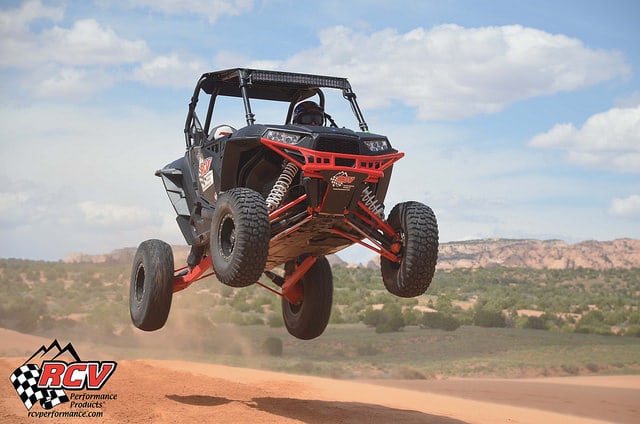 Loves Park, Illinois company RCV Performance Products designs, engineers and manufactures CV axles and other high-performance drive line components for the bus, truck and automotive industries. Primarily focusing on CV axle conversions and replacement IFS axle shafts for the off-road market, they have recently expanded their product line of CV axles to the SxS market to provide an “off the shelf” solution for heavy duty axle upgrades for UTVs. You could say the guys at RCV Performance Products know their stuff; in fact they’re the experts. A division of Aircraft Gear Corp., a family-owned company with divisions that have been manufacturing automotive and aerospace drive train components in the United States for over 60 years, RCV Performance was born after developing a specialty niche as the company became responsive to the needs of off road motorsports enthusiasts. Today RCV Performance is a leading company for the hardcore off road racing enthusiast, their products are considered revolutionary by many experts in the off-road industry. 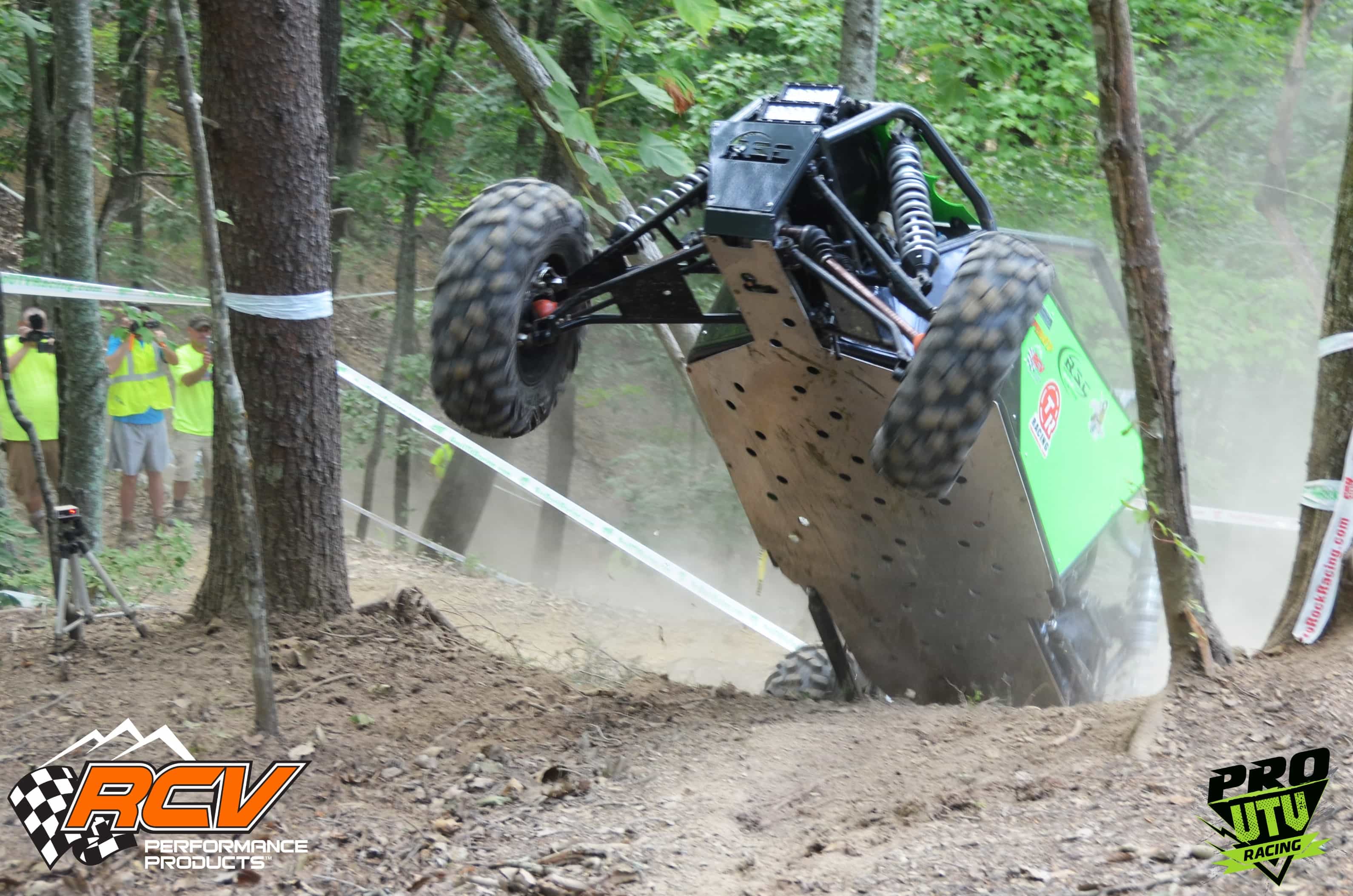 The company slogan is: Strongest Axles on the Planet. We spoke with Ricky Berry, Marketing Director for RCV Performance, to find out how RCV axles have earned that title.

“We say that because after a lot of research and testing we found that it is simply true” states Berry. “Especially since the design of the constant velocity, the CV joint itself retains all its strength through nearly 45 degrees and it also outputs the same torque throughout the cycle of the CV. It ends up being much stronger than a conventional U joint style axle.”

“In our UTV line I would say one of the things that attributes to the strength…”, Berry continues. “We went out and we ran with some guys that were having issues, we found that the CV boots, the outboards, they were seeing a lot of debris and were getting punctured a lot. A very common failure that would eventually lead to the burn up of the CV, so with that we incorporated the Spherical Sealing Technology of the outboard CV from the full size technology. It’s that hard plastic orange boot that you may have seen which has the round CV bell. Additionally, in development of the Pro Series II axle, we redesigned the accordian style outboard boot to be much more puncture resistant and wear resistant than a standard boot. After that the strength of the CV was addressed, as well as the durability of the CV boot, we then moved on to the actual bar itself that was failing. So we are the strongest axle bar manufacturer with a 33 spline bar, which is the largest on the market. From there we also addressed the inboard which is a double offset joint that allows less friction through plunging and increases strength through the travel of the CV.” 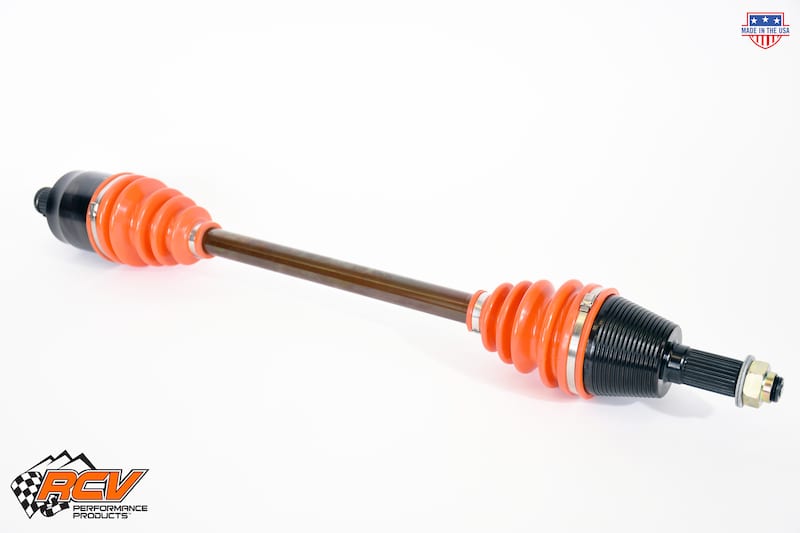 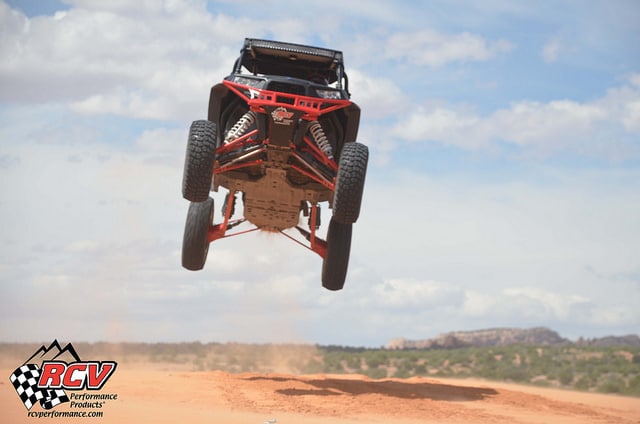 How can RCV Axles benefit a SxS owner?

“I would say peace of mind is the number one benefit”, says Berry. “If you’re out there wheeling recreationally and you’ve loaded up all your stuff, traveled hundreds of miles to your destination location for the weekend, you’ve got your family, your camping gear and everything there and you go out and blow a CV or an axle shaft early on it ruins your trip. It’s not that axle shaft that you lost, it’s your trip, it’s your memories, and it’s your whole experience that’s tainted now because of your issue. With these axles being the strongest available, it will eliminate that concern and give you a piece of mind that you can go out there and not worry about an issue of breaking an axle shaft. That goes for racing especially. These guys spend so much time, money, and effort to prepare for these races to be let down by something like an axle shaft can ruin the whole experience and the whole race. It’s a matter of peace of mind and knowing that you have the best available.”

For many professional drivers RCV Performance is their axle of choice. Monster Energy driver Marc Burnett, Factory Polaris racers Mitch Guthrie & Branden Sims, King of the Hammers winner Blake Van de Loo, just to name a few as well as many other drivers in the WORCS, GNCC, SCORE International, Southern Rock Racing Series and Best in the Desert racing series.

More from Side By Side Stuff
Seizmik UHMW Skid Plates 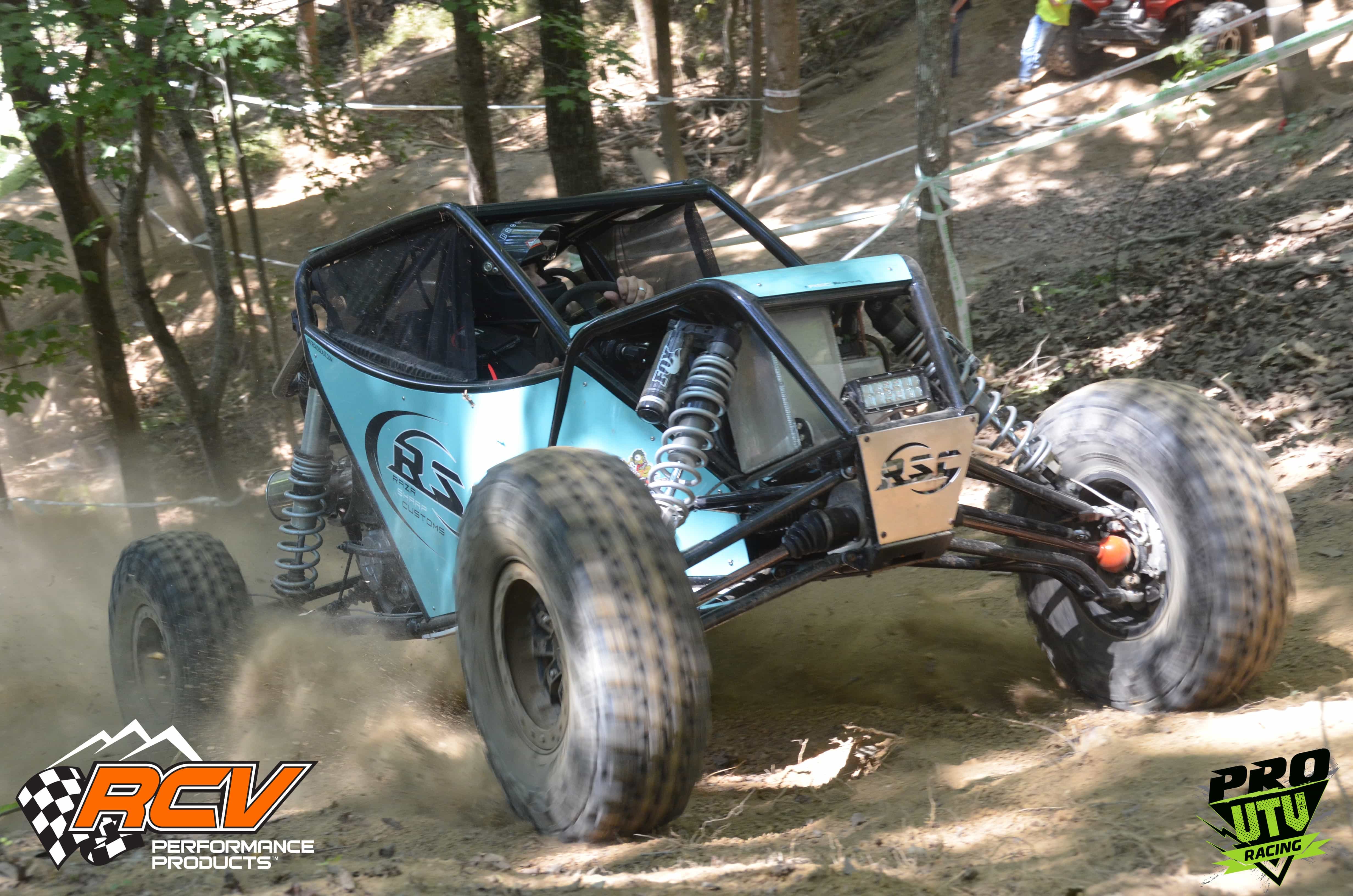 As Americans we get a sense of pride with American made products, RCV Performance is a smaller family owned and operated company and with that comes traditional values.

“Pride in the product would be the number one thing”, Berry continues “Because being American made gives us the confidence in our products more than anything. We design, test and manufacture all in the United States. Our parts are made in house on machines just outside the offices. It’s something that we can trust, we made it and we stand 100 percent behind it. It’s really nice to see the pride that everybody has at RCV, in the product and in each other. And that’s something that is very special I think that translates to the product itself. We’re a problem solving company, if a consumer or a customer has an issue we’re willing to listen and design, change, modify and can produce whatever is needed in the industry. I think that is something that everyone really enjoys being able to do and at the end of the day making all these people happy and confident in our product.” 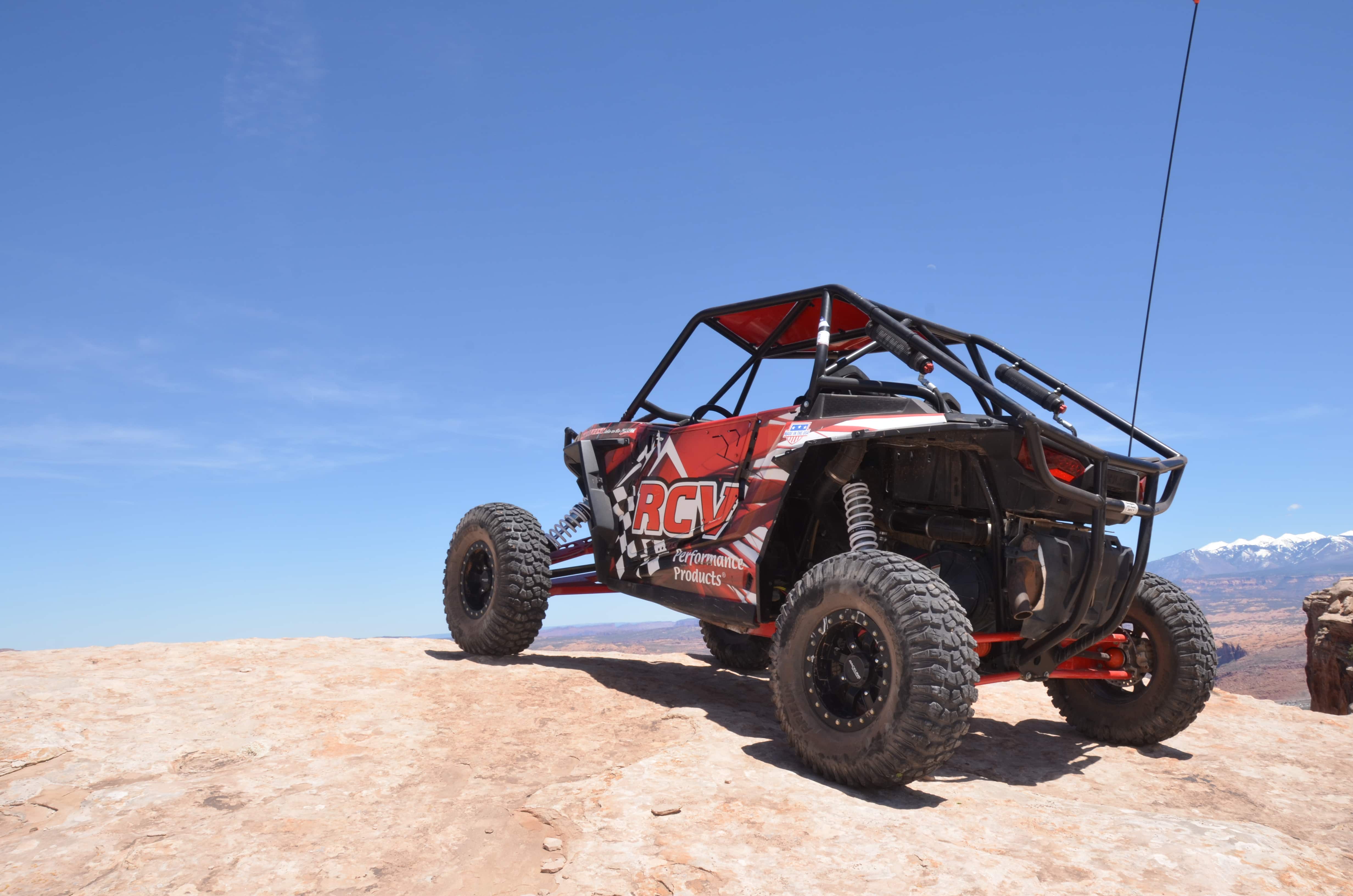 At Side By Side Stuff we offer the Pro Series 2 Axle for the Polaris RZR XP 1000 and RZR XP Turbo, Ricky tell us that RCV has plans to have this line of axles available for other UTV models as well.

“We’ve done some research and development with the Can Am Maverick and Maverick Turbo the Yamaha YXZ 1000R as well as other side by side models; the possibility for an extended line of Pro Series 2 Axles is very real.”

If you’re interested in purchasing a heavy duty axle that you can count on, check out the Pro Series 2 Axle by visiting our RCV Performance brand page today.

Author
BIlly with Side By Side Stuff
Reply to  Doug Hennen

Hey Doug, unfortunately at this time we do not offer any aftermarket axles for Intimidator brand UTVs.

The Beauty of Moab, Video by RCV Performance | Side By Side Stuff

[…] RCV Performance designs and manufactures heavy duty axles for the off-road industry. The Pro Series 2 is the latest line of UTV axles proven to be reliable and much stronger than OEM. Don’t just take our word for it, check out this blog article featuring an interview with Ricky Berry, Marketing Director for RCV Performance, : RCV Performance Products – The Strongest Axles on the Planet. […]