Side By Side Stuff Partners with Donny Schatz 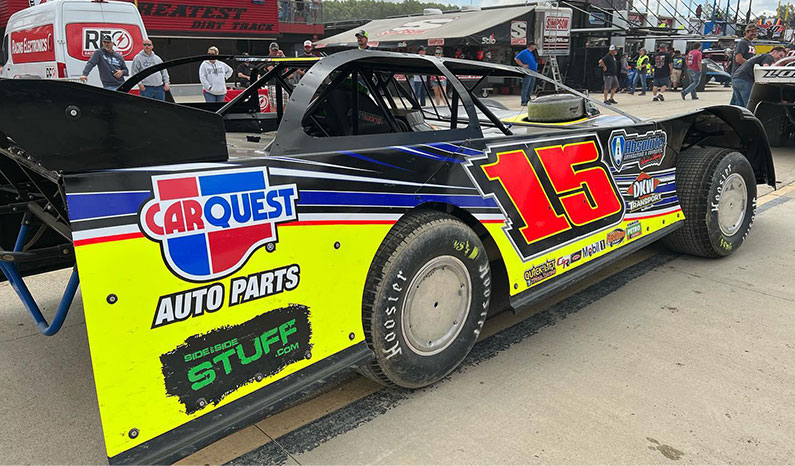 Speed Sport couldn’t have said it better in the “Donnay Schatz Ready For Eldora Million” article, published June 7th. Covering all their bases, they’ve included Schatz’s track record from the 13 dirt late model competitions with 11 wins under his belt. They also include Schatz’s statement regarding his partnership with Side By Side Stuff.

“I’m also excited to welcome SideBySideStuff.com into the world of dirt late model racing. The million is a huge stage in which to showcase their products to a consumer base that is a perfect fit. We’re looking forward to helping them get their first taste of the sport.” Says Schatz (Speed Sport. Ready For Eldora Million)

We were super stoked to pair up with pro racer Donny Schatz for the Eldora Million. The action-packed event consisted of a hallowed high-banked half-mile clay track with a winner’s purse of one million dollars.

The dirt-late model race took place on June 9th with a loaded program complete with lance-chance showdowns, heat races, and the championship. This was Schatz’s second time at the competition finishing fourth, his first go around.